Now reading: Do you know your birthstones?
Share
Next

Do you know your birthstone? 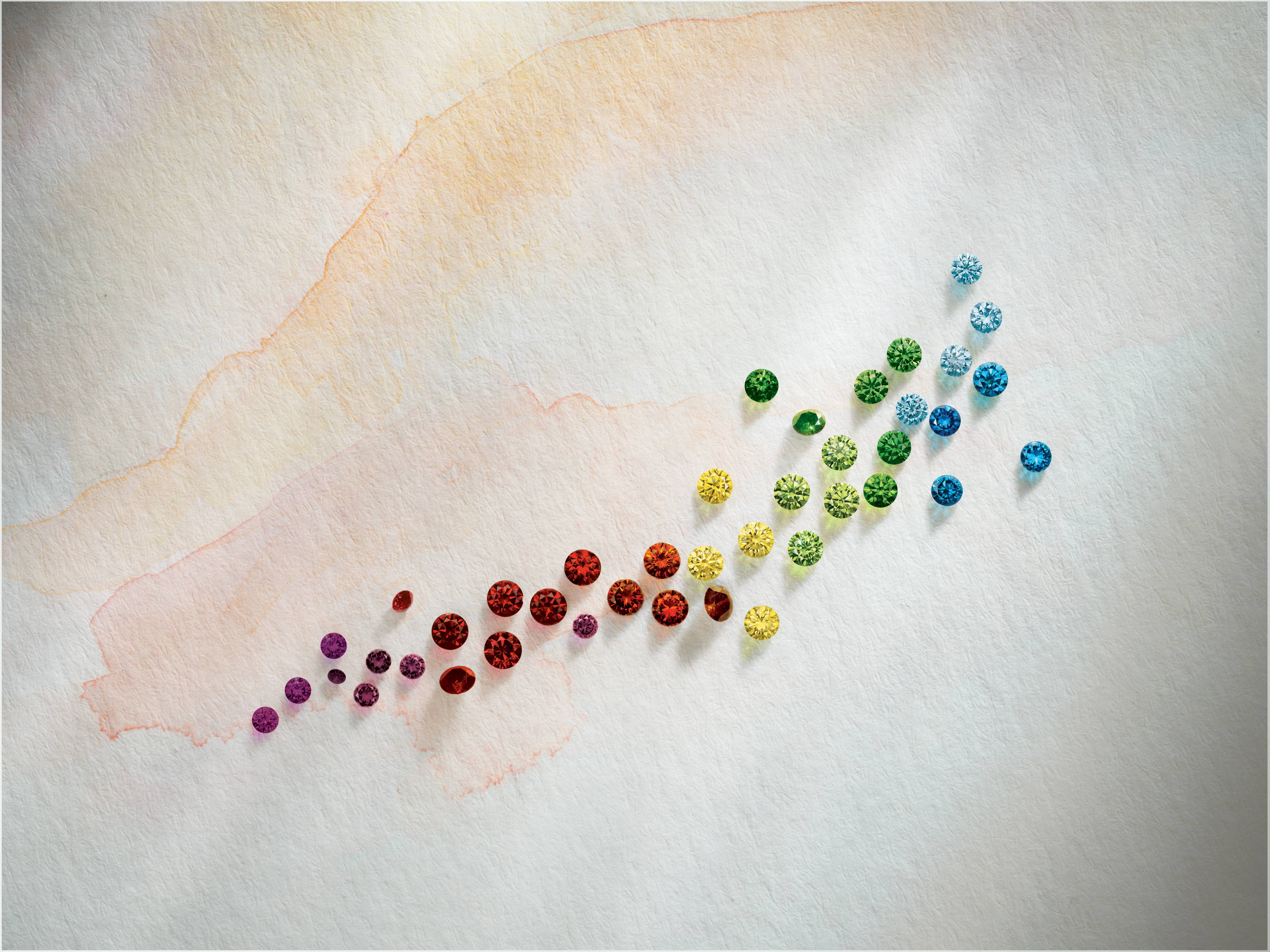 Gemstones and minerals have had many different meanings and uses throughout history. A birthstone is a gemstone that represents someone's birth month. Birthstones have become increasingly popular over the last century but they have an ancient history. Birthstones can first be traced back to the bible. In Exodus 28, the first high priest of the Israelites was given a breast plate, made by Moses, containing 12 stones to represent the 12 tribes of Israel. These stones were said to imbue wearers with powers and it became common practice to wear the stone associated with your birth month.

What is Your Birthstone? 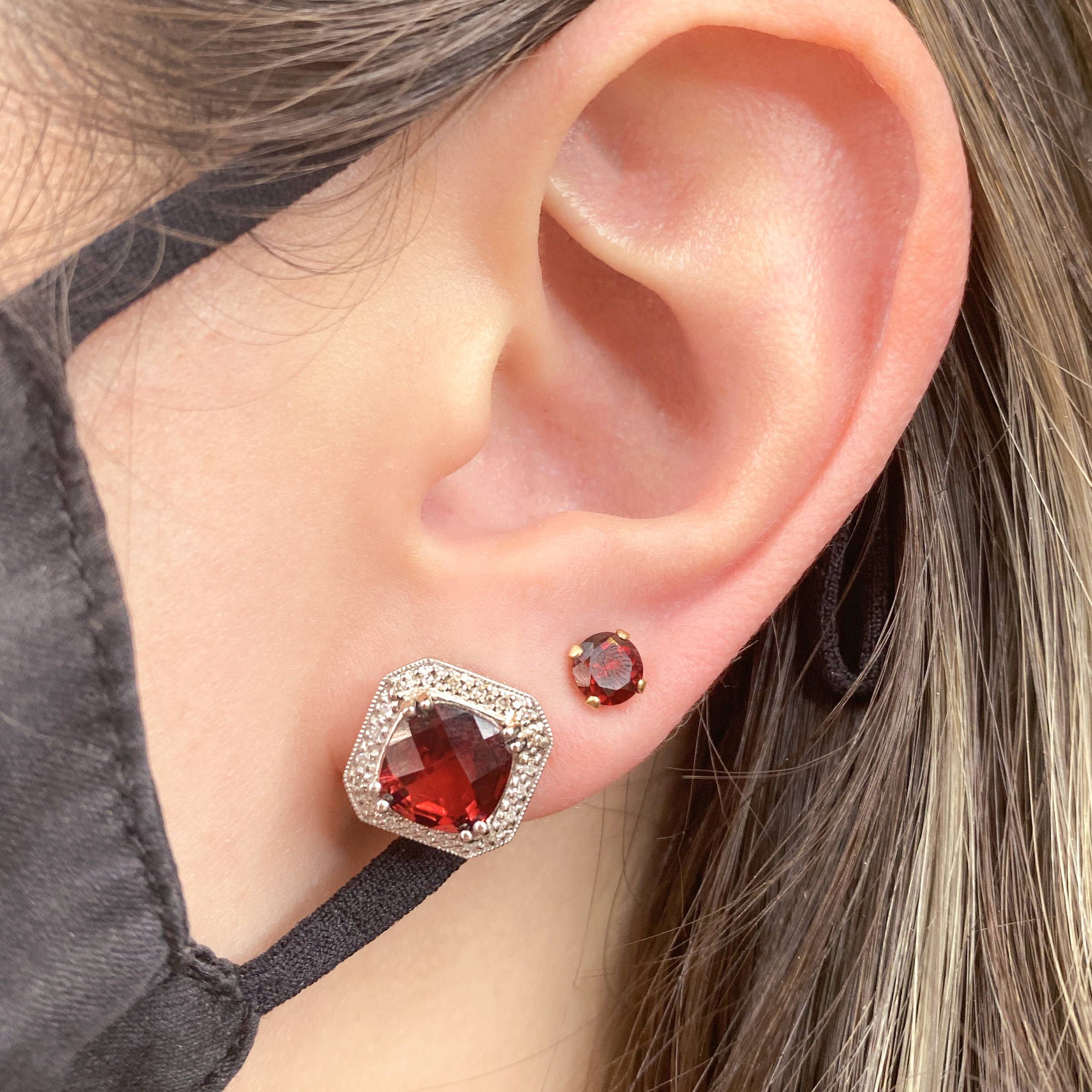 The birthstone for January is Garnet which is usually characterized by its reddish brown appearance. Garnets have been known to come in a multitude of colors. Garnets have been worn by royalty throughout history. A Garnet gemstone was discovered in Egypt in a necklace worn by a mummified body dating back to 3,000 B.C. Garnets are believed to help their wearers turn their dreams into reality and open up new opportunities. Not only is it beautiful, but this gemstone is said to attract prosperity in business ventures. 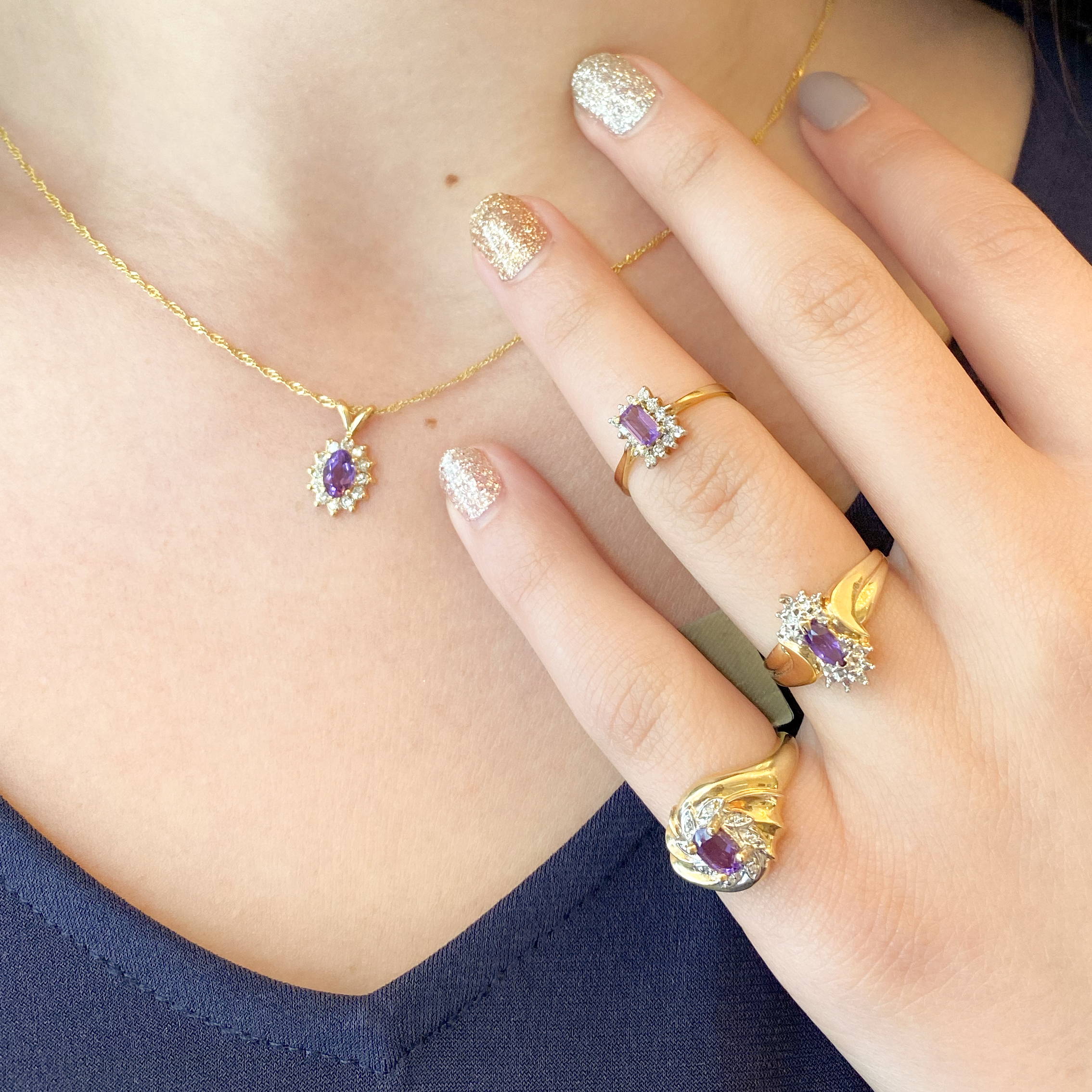 The birthstone for February is Amethyst which is usually characterized by its purple coloring. The Greeks believed Amethyst was accidentally created by Dionysus, the Greek God of Wine. It was said he subjected his wrath on a young girl named Amethyst, after drinking too much. Amethyst called to Goddess Diana for help, who turned her to white stone. Once Dionysus sobered and realized his actions, he dropped his goblet of wine, staining the white stone to purple.

The Greeks believed Amethyst would instill clear-headedness in someone intoxicated. This is why the Greeks drank their liquor from amethyst goblets to prevent drunkenness. During the Middle Ages, the gemstone was repurposed to symbolize piety and celibacy and was often worn by members of the Catholic Church. 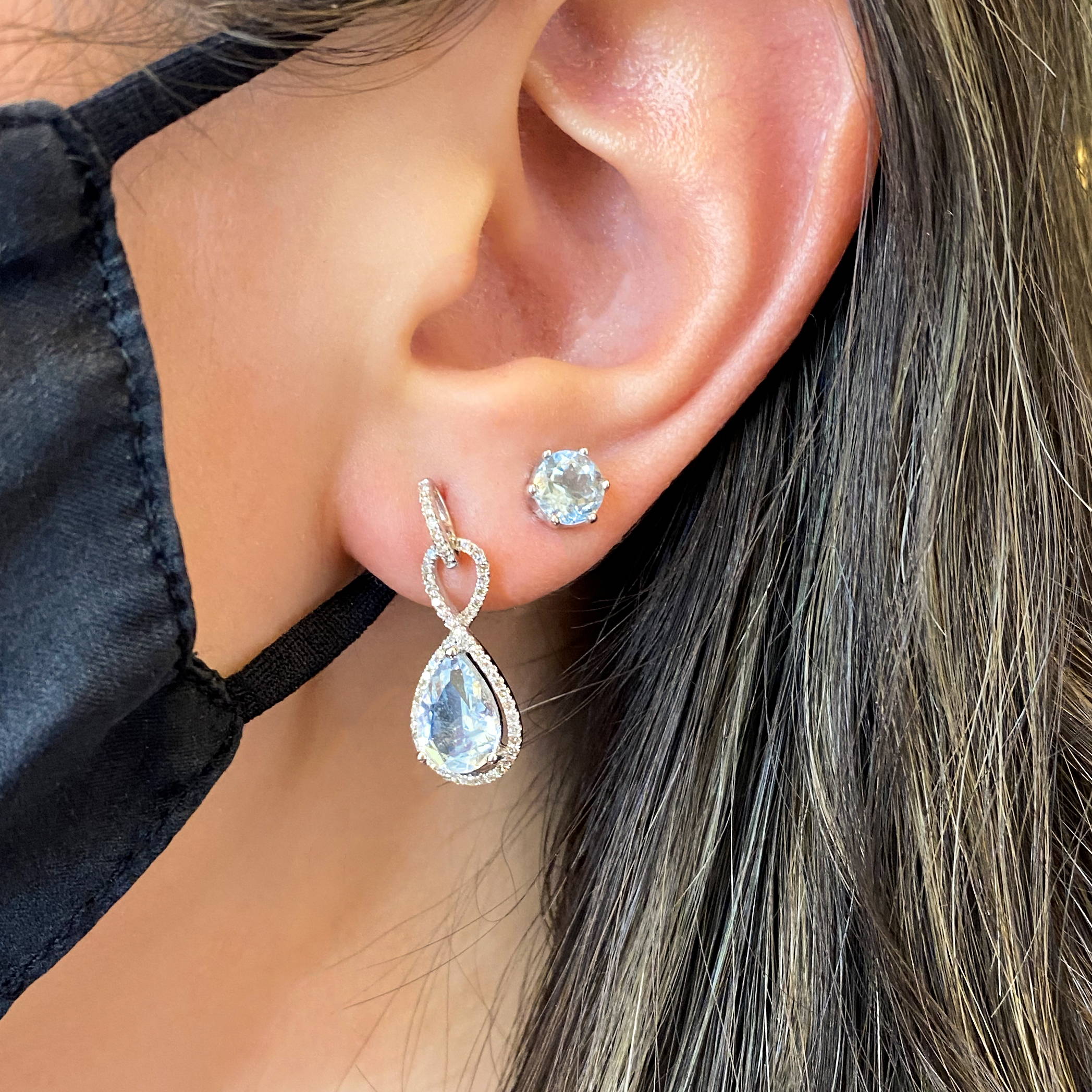 The birthstone for March is Aquamarine usually characterized by its light blue coloring. Roman philosopher, Pliny, believed Aquamarine was a treasure that was stored by mermaids. The Romans believed the gemstone washed ashore from a mermaid treasure chest. Captains and sailors collected Aquamarine to protect themselves from Neptune and tumultuous seas. During the 14th century in Europe, Aquamarine was thought to be an antidote for poisoning. Aquamarine jewelry was in high demand for the privileged since poisonings were a common occurrence for nobility. 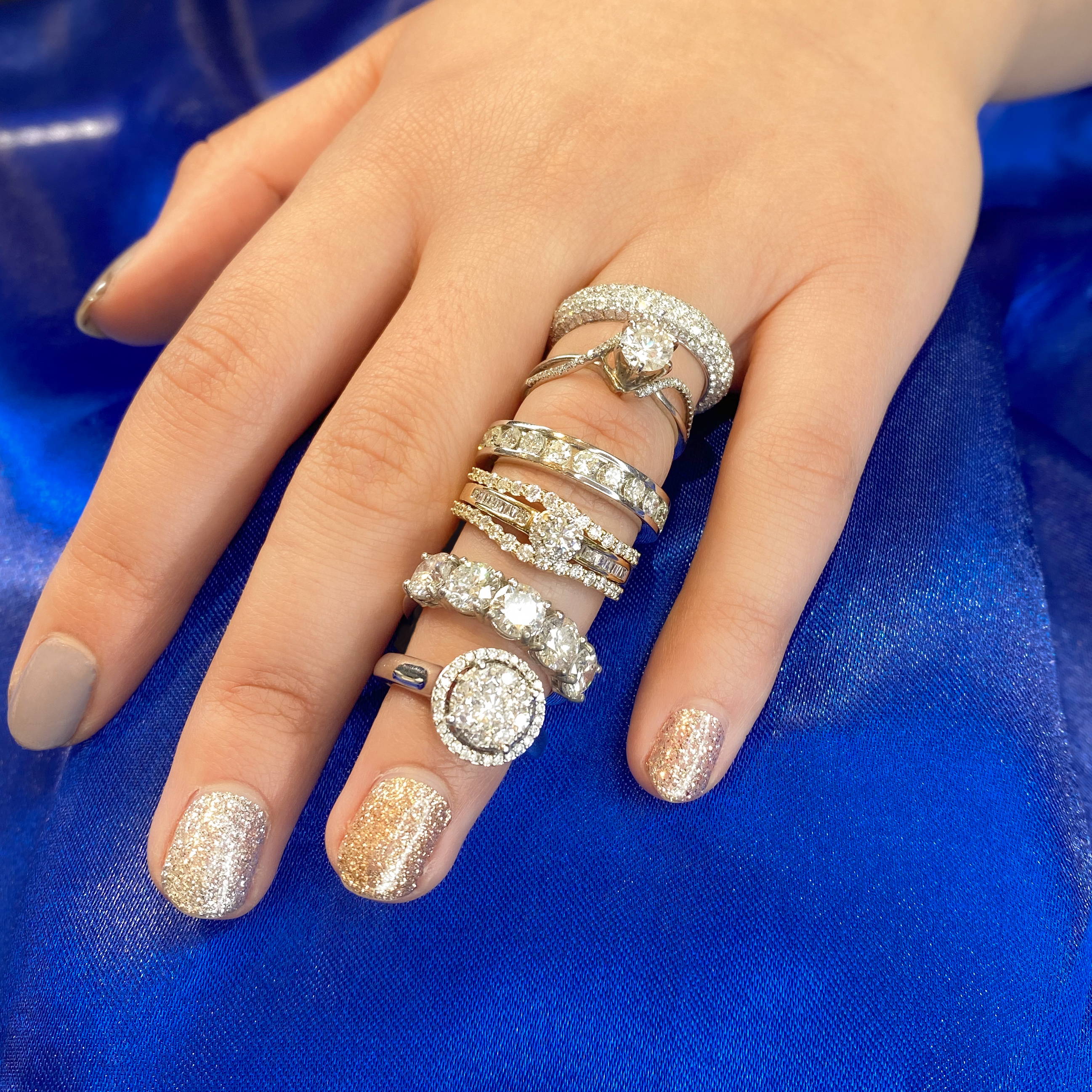 The birthstone for April is Diamond, the hardest gemstone on the Mohs hardness scale. Due to their strength, diamonds have been associated with invincibility for many centuries. The ancient Greeks believed diamonds were formed from the tears of God. Many cultures believed wearing diamonds into battle would give its wearer extra strength and courage. This is why favored knights and kings wore diamond-encrusted breastplates to protect their bodies from blows. Jewish priests believed diamonds could determine whether someone was lying or telling the truth. If someone was telling the truth the Diamond would sparkle and if not the diamond would turn dull and lose its brilliance. 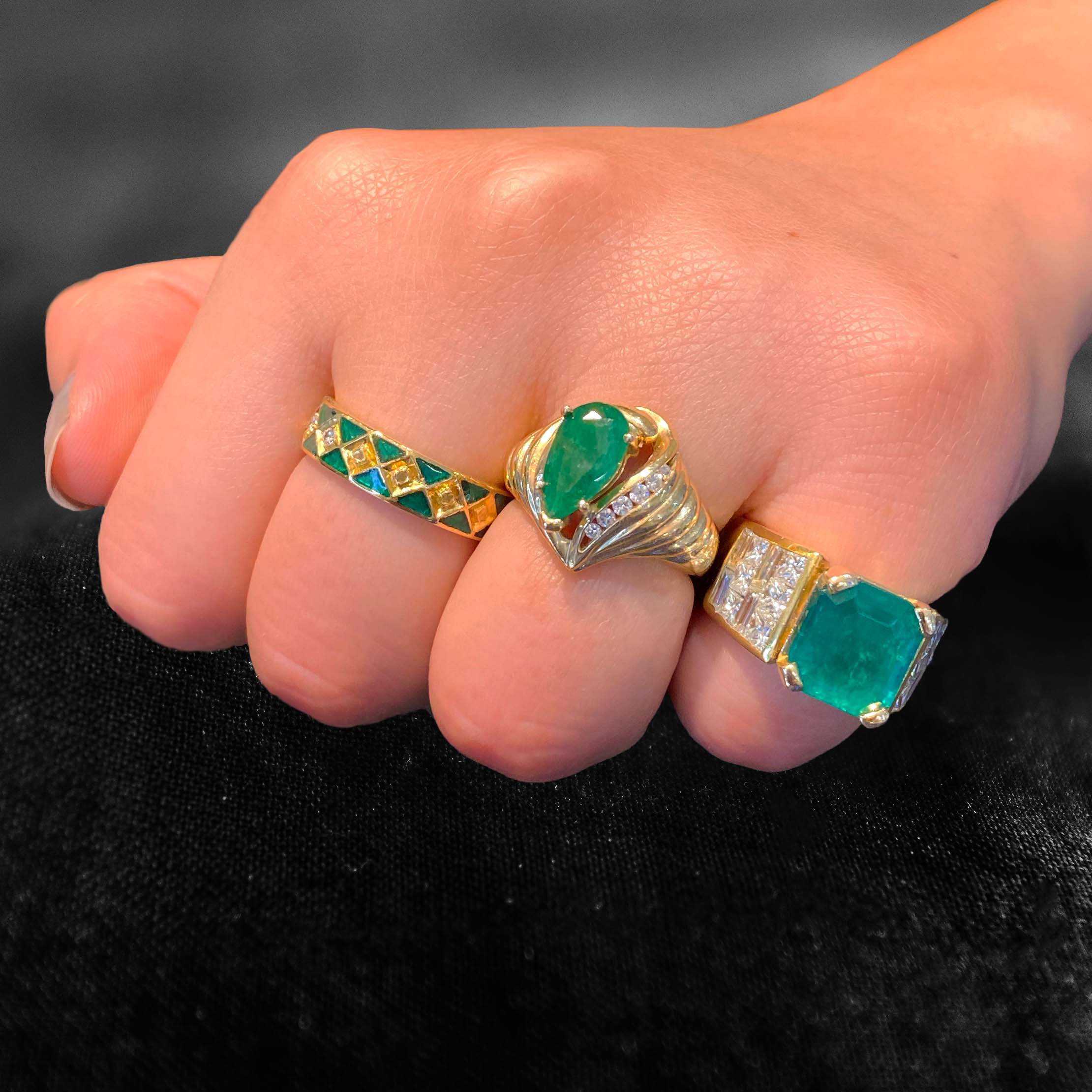 The birthstone for May is Emerald which is usually characterized by its bright green color. Emeralds have been desired since the discovery of Cleopatra’s famous Emerald collection. Cleopatra was known for wearing Emeralds because she believed they would keep her young. Emeralds are regarded as the gem of Venus and are considered to aid fertility. Today, Emeralds are believed to balance energy and reduce emotional tension. 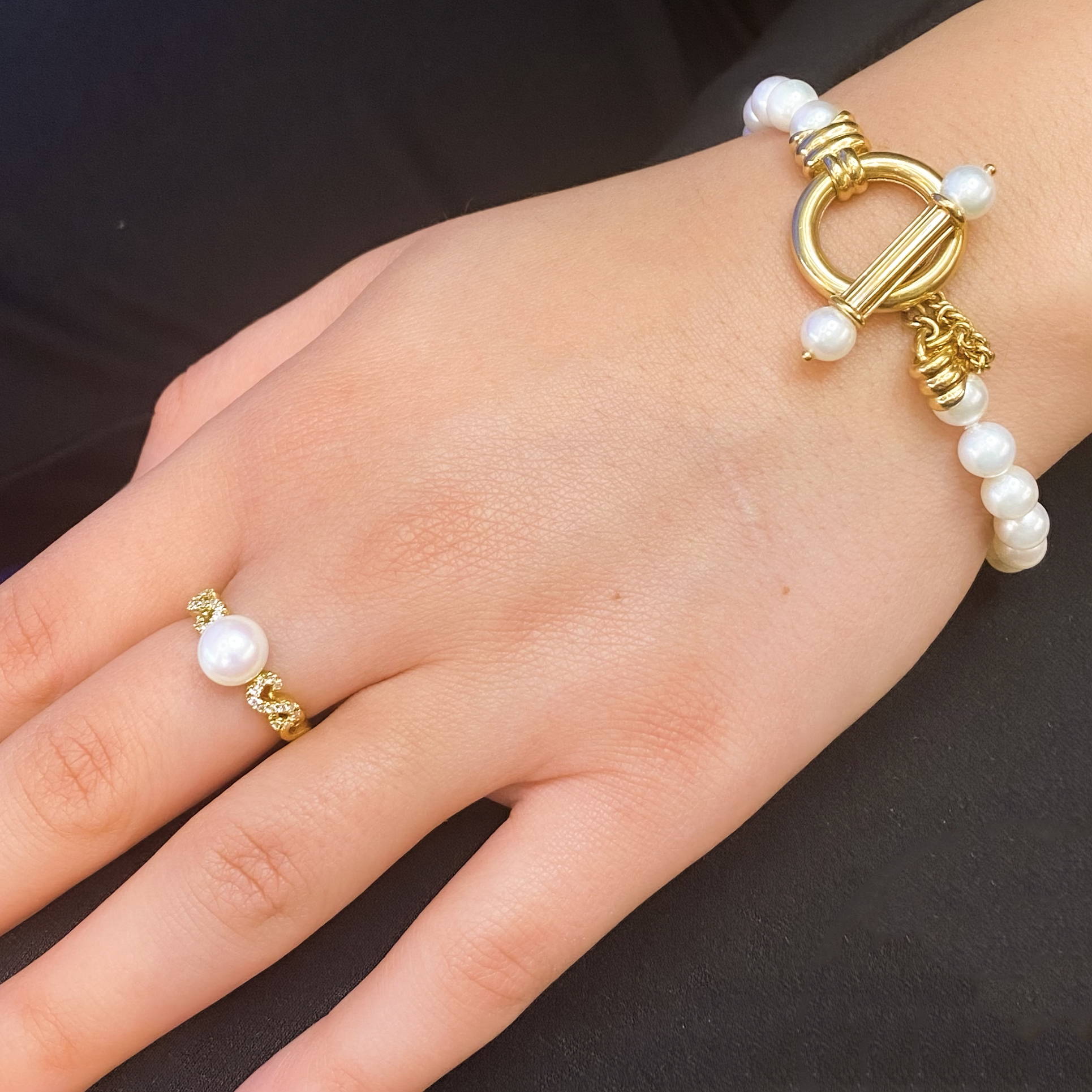 The birthstone for June is Pearl and it's unlike any other month of birthstone. Pearl is produced inside the soft tissue of living organisms such as oysters or mussels. In Greek mythology, Pearls are said to be tears of joy shed by the Greek Goddess of love, Aphrodite. Pearls are considered a symbol of purity and innocence around the globe. It’s believed that Pearls imbue their wearer with dignity, wisdom, and integrity. 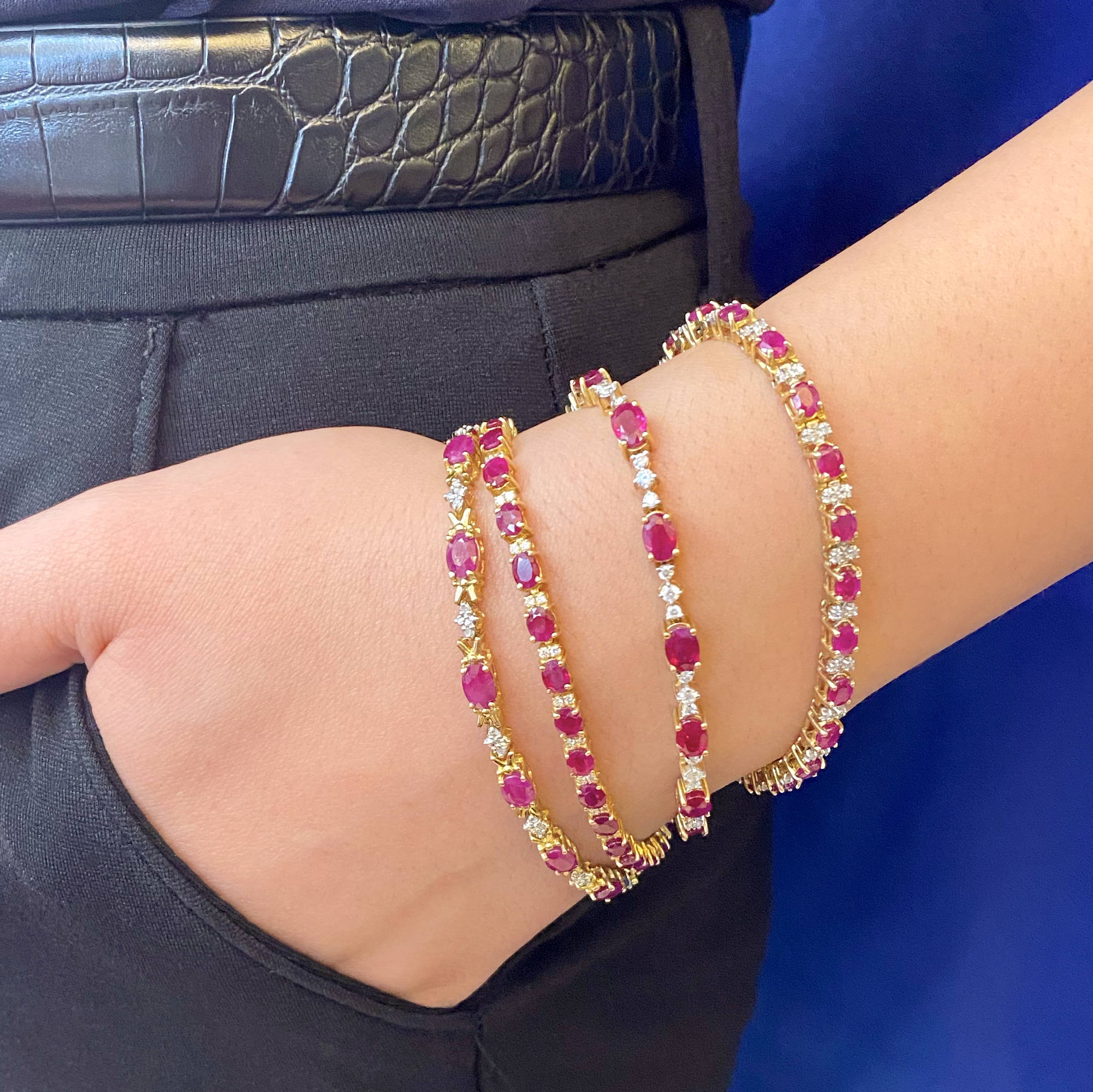 The birthstone for July is Ruby and is characterized by its brilliant red coloring. Ruby is said to be one of the most powerful gems in the universe because it is linked to the sun and other stellar signs. These gemstones are known to revitalize energy, promote health, and well-being. Historically, Rubies were believed to improve physical health and heal fatal wounds. Ruby jewelry is thought to ward off negative thoughts and evil spirits for its wearers. 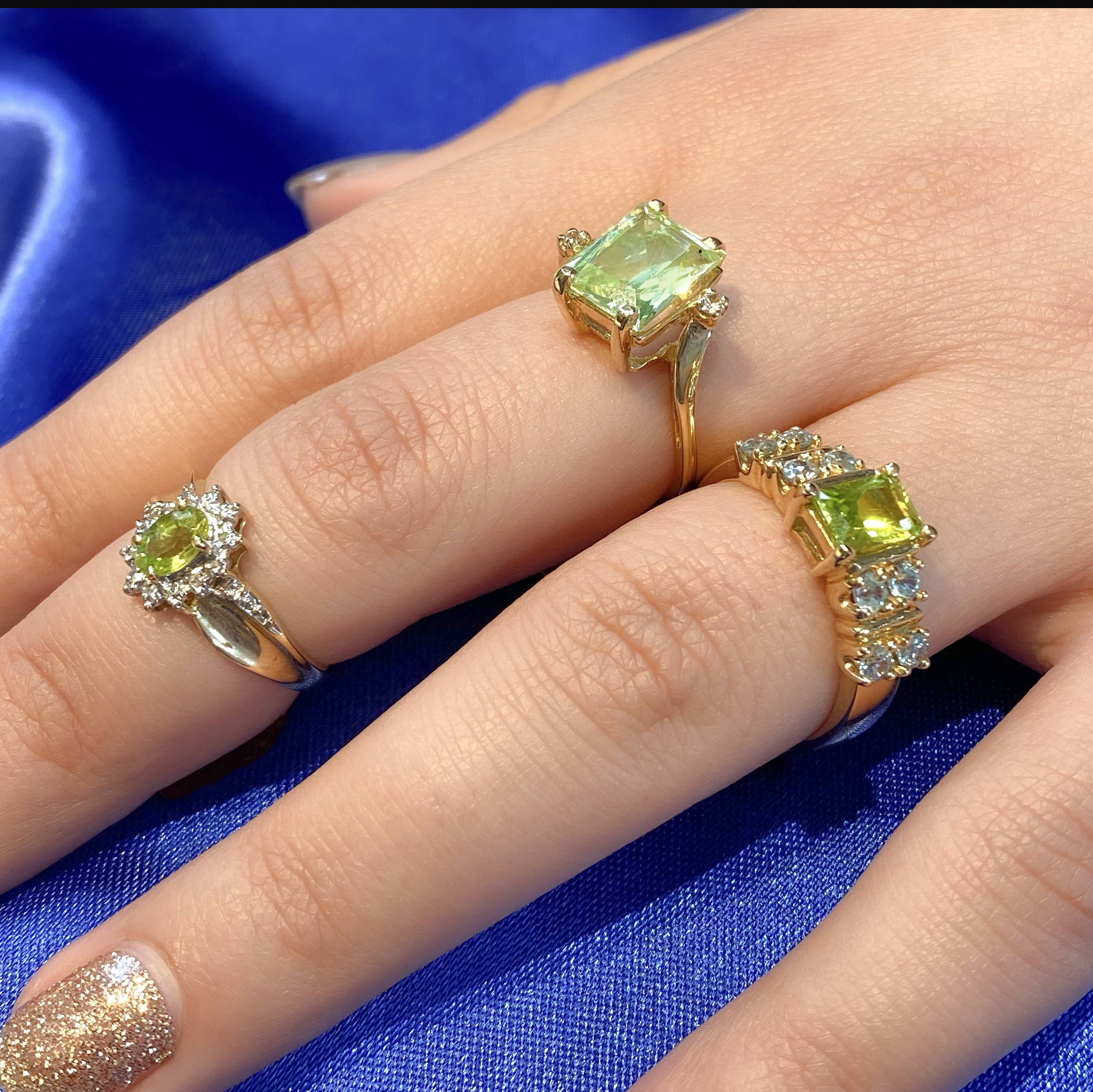 The birthstone for August is Peridot which is characterized by its candy apple green coloring. Ancient Hawaiians believed Peridot to be the hardened tears of the Goddess Pele who controlled fire, lightning, and volcanoes. Ancient Egyptians believed the gemstone to be highly spiritual and used crushed pieces of Peridot in beverages for their high priestesses. It is believed that Peridot can act as a talisman, similar to an evil eye, against bad dreams and night terrors. It is said to instill its wearer with confidence, cheer, and happiness. 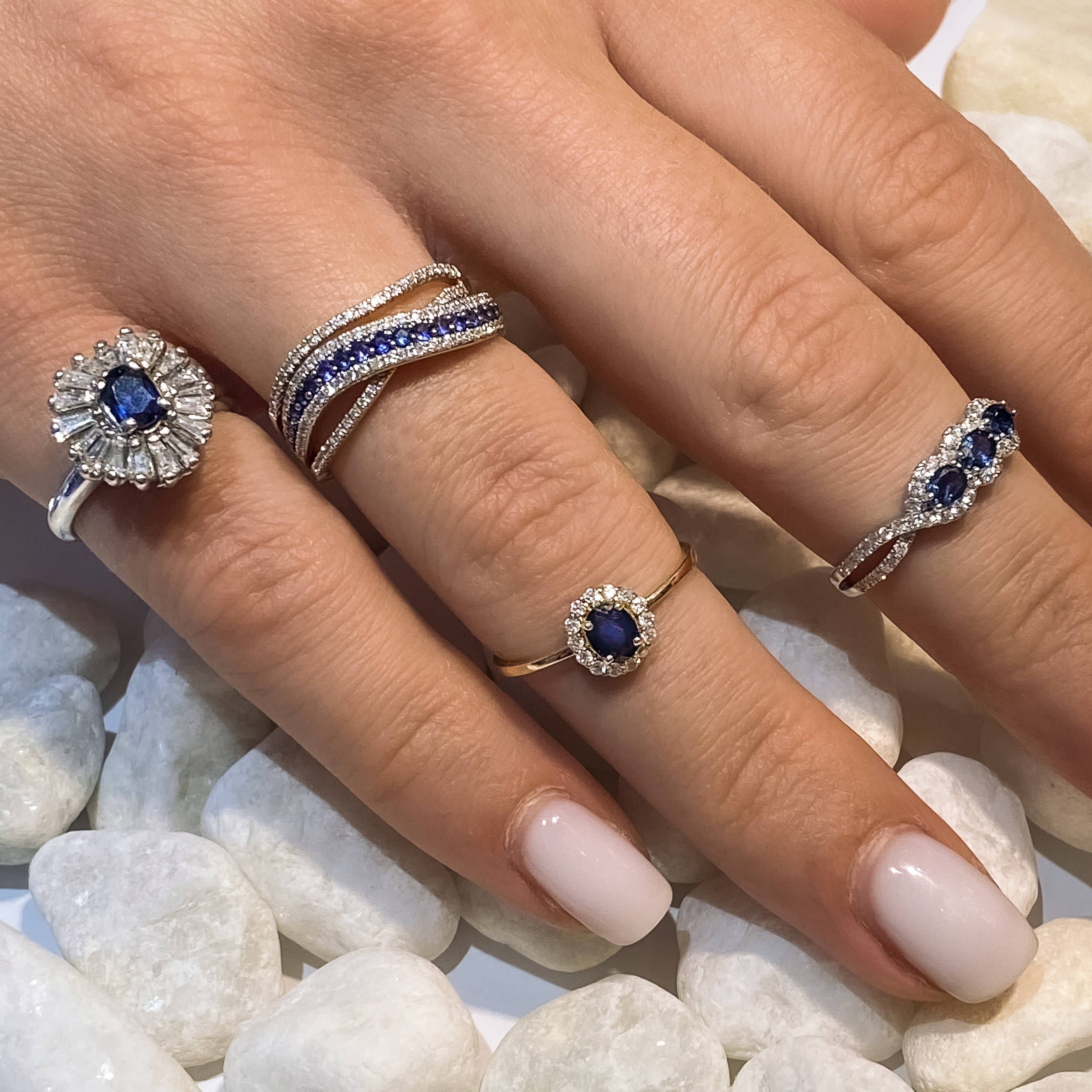 The birthstone for September is Sapphire which is characterized by its brilliant blue coloring. Sapphires have been important to so many cultures around the world. The ancient Persians believed Sapphires were painted blue from the sky’s reflection. The ancient Catholics believed Sapphire was a holy stone that symbolized heaven. The ancient Greeks and Romans believed sapphires protected them from evil and harm. Today, Sapphires are said to bestow their wearers with wisdom, sincerity, peace, happiness, justice, and romance. Sapphires are the perfect gift to symbolize love and affection. 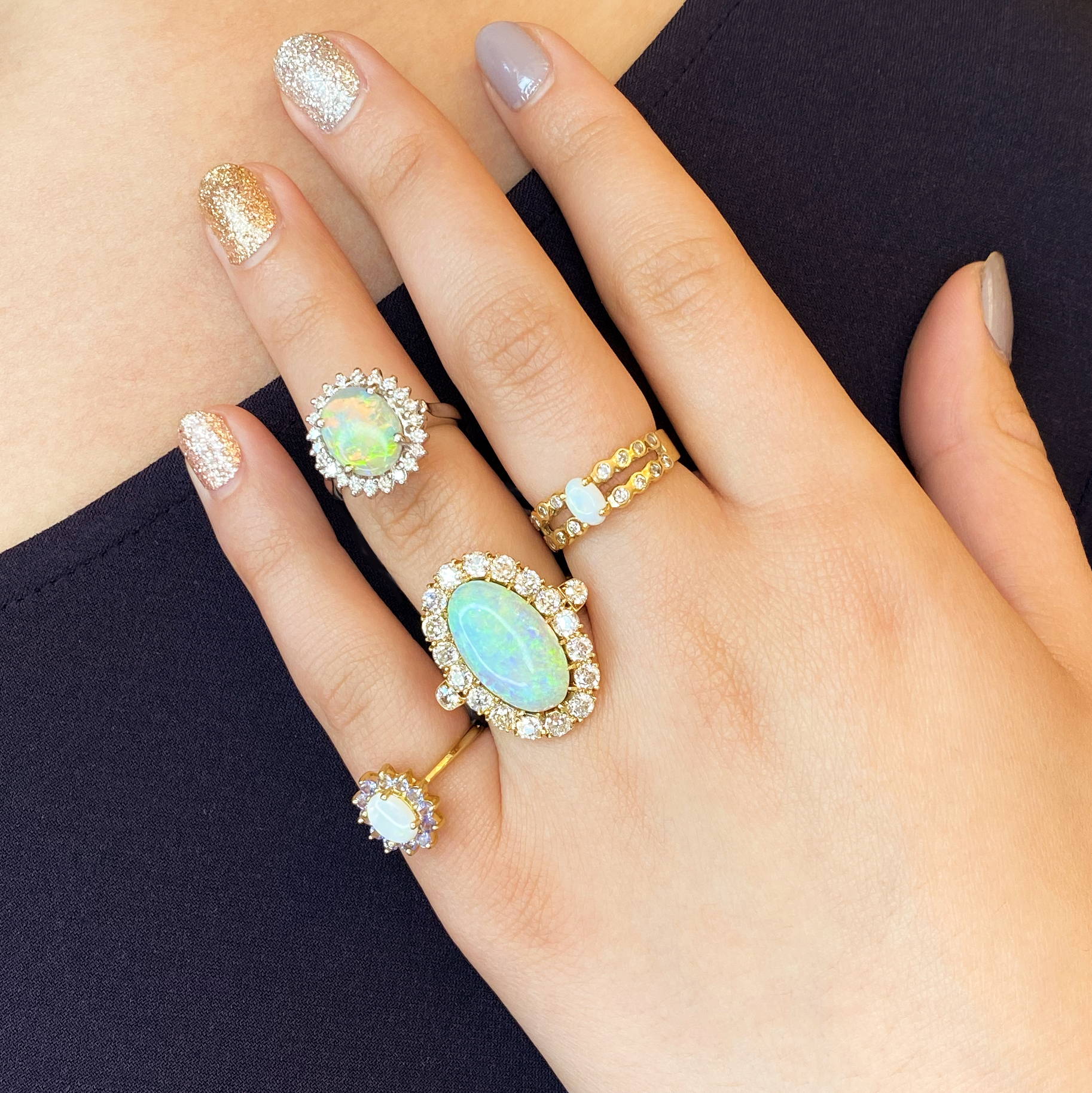 The birthstone for October is Opal which is characterized by its white color and rainbow dazzle similar to Diamonds. A Bedouin tale suggests that opals fell from the sky during a thunderstorm and lightning struck the stone creating ‘fire’ within them. The ancient Greeks believed opals to be tears of joy shed by Zeus after defeating the titans. Opals are believed to imbue their wearers with strength, confidence, originality, and creativity. Opals are associated with love, passion, desire, and are supposed to act as emotional stabilizers. 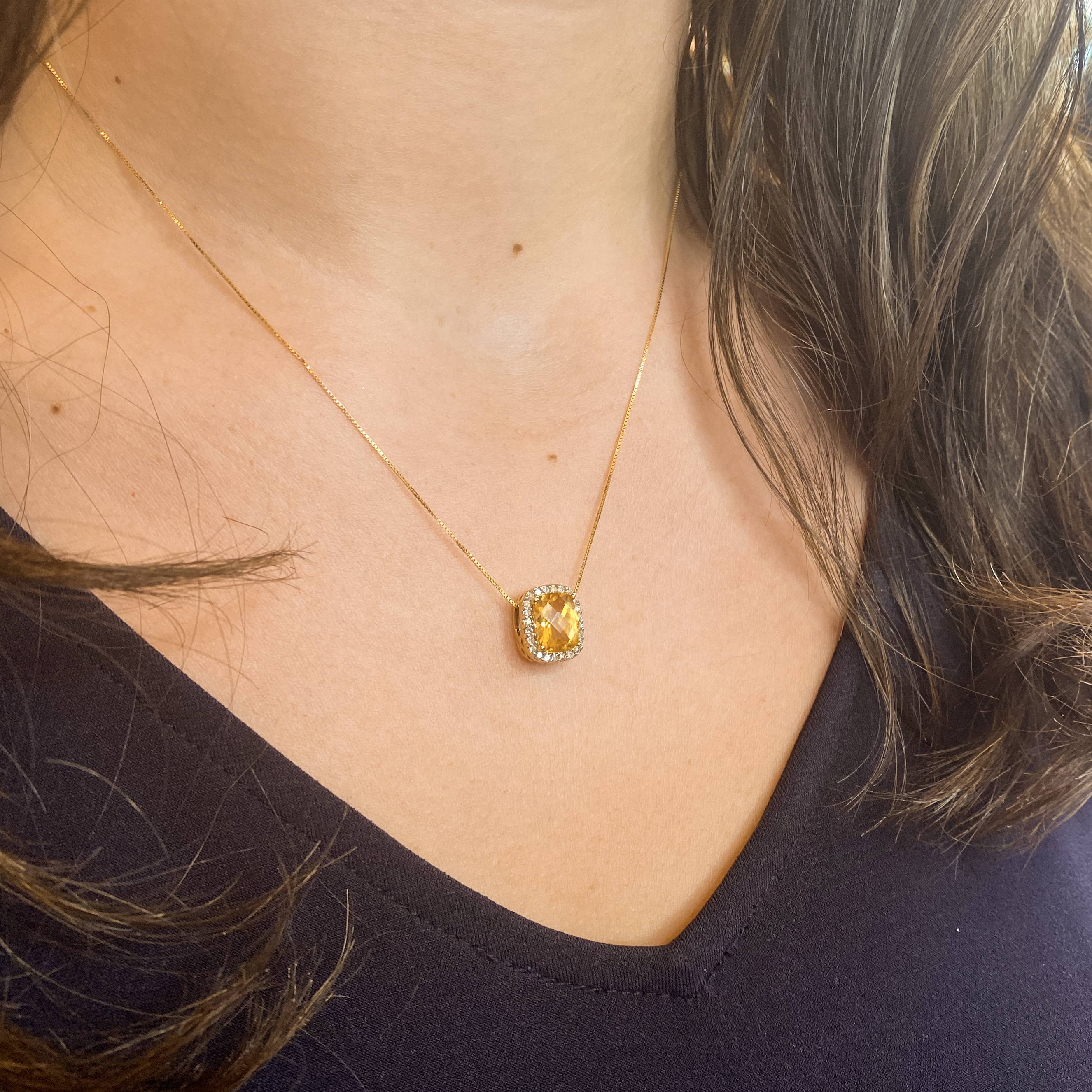 The birthstone for November is Citrine derived from the French word ‘citron’ meaning citrus fruit. Citrine is known for their lemon coloring. Citrine is assumed to possess the power of the sun because of its coloring. The gemstone is said to imbue its wearers with inspiration, clarity, emotional steadiness, positivity, and hope. 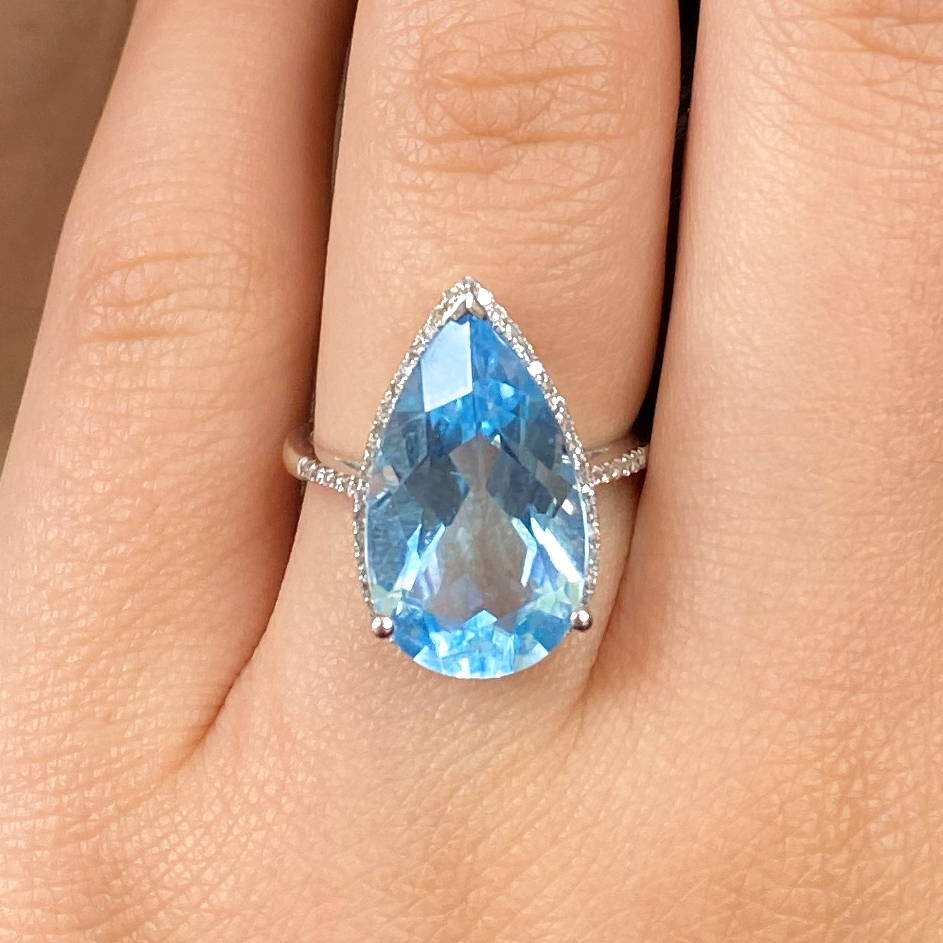 The birthstone for December is Blue Topaz which is characterized by its blue coloring. In ancient times blue Topaz was used to treat low immunity, obesity, anxiety, and diabetes. The gemstone was said to heal all physical and mental pains. Topaz is believed to attract wealth and good fortune. 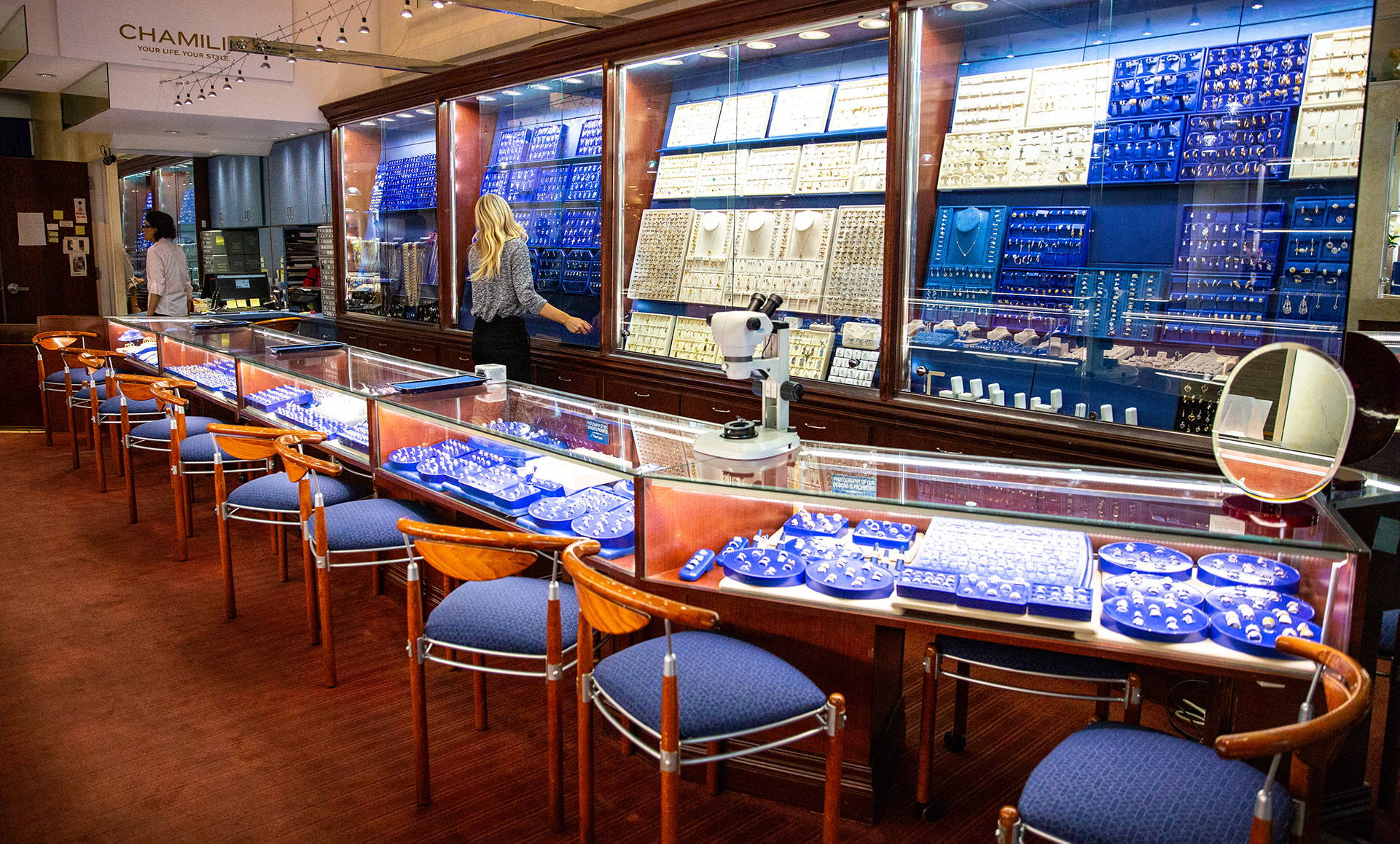 You can shop for every month's birthstone at Michael E. Minden Diamond Jewelers located in the Fashion Show Mall. Our extensive collection will make you feel special every month of the year, not just your birth month!

What To Look For When Shopping For A Diamond

Your Guide to the Custom Engagement Ring Process

Visit our showroom in the Fashion Show Mall to browse our entire selection of Engagement Rings from custom designs to designer styles!